The relationship between an employer and employee is based on mutual benefits and respect. Clear rules and guidelines ensures that friction and misunderstanding are limited. This will in turn promote a productive and positive work environment.

The vast majority of cases referred to the CCMA are due to “unfair dismissal”, with most of these relating to misconduct that led to dismissal. In general, arbitration orders granted in favour of the employee are directly linked to the employer not having followed the correct procedure. The CCMA may grant orders of up to twelve months of an employee’s salary against the employer.

What should employers do?

Progressive discipline is a widely known concept in the labour environment. It is one of the most important points considered by the CCMA, Bargaining Council and Labour Court when a dispute involving unfair dismissal arises. Employers need to ensure that progressive discipline is understood and correctly applied in the workplace.

What is progressive discipline?

Discipline in the workplace is aimed at adjusting and improving behaviour through corrective action, consultations and warnings, rather than punishing or dismissing an employee.

Every workplace must have a relevant disciplinary code. The disciplinary code is essential in ensuring that there are clear rules in the workplace, with appropriate sanctions, that employees can follow. When these rules are violated, the employer can apply progressive discipline. In cases of serious misconduct employers can directly proceed with a disciplinary hearing. The employer must keep detailed records of offences and the sanctions applied.

In cases of less serious offences, the employer can follow an informal process through good advice or guidance, correction and consultation. When the offence is of a serious nature, a formal process can be followed in terms of written warnings and/or dismissal after a disciplinary hearing.

The term for which warnings are valid is not specified by labour legislation, but in practice we recommend the stated terms.

The employer must consider the seriousness of the offence and apply progressive discipline according to the nature of the offence, e.g. in the case of:

Examples of once-off offences that could justify dismissal are:

An employer cannot under any circumstances dismiss an employee without holding a disciplinary hearing. It ensures that a fair procedure has been followed and there is substantive proof to dismiss the employee.

The employer therefore needs to manage several business risks on a daily basis. It is strongly recommended that employers act proactively by implementing clear rules in the workplace. The correct procedures must also be followed with regard to all labour law issues, especially dismissal and general discipline in the workplace.

Contact us for any advice or assistance in regards with this matter. We are available 24/7.

Not an LWO member yet? Take a look at our membership packages. 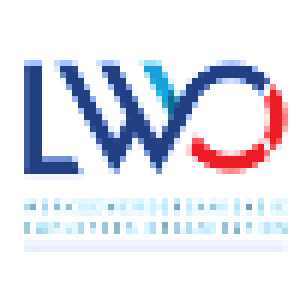 Awards and penalties at the CCMA – what can go wrong…

Awards and penalties at the CCMA – what can go wrong…

To review: don’t forget about the following…!